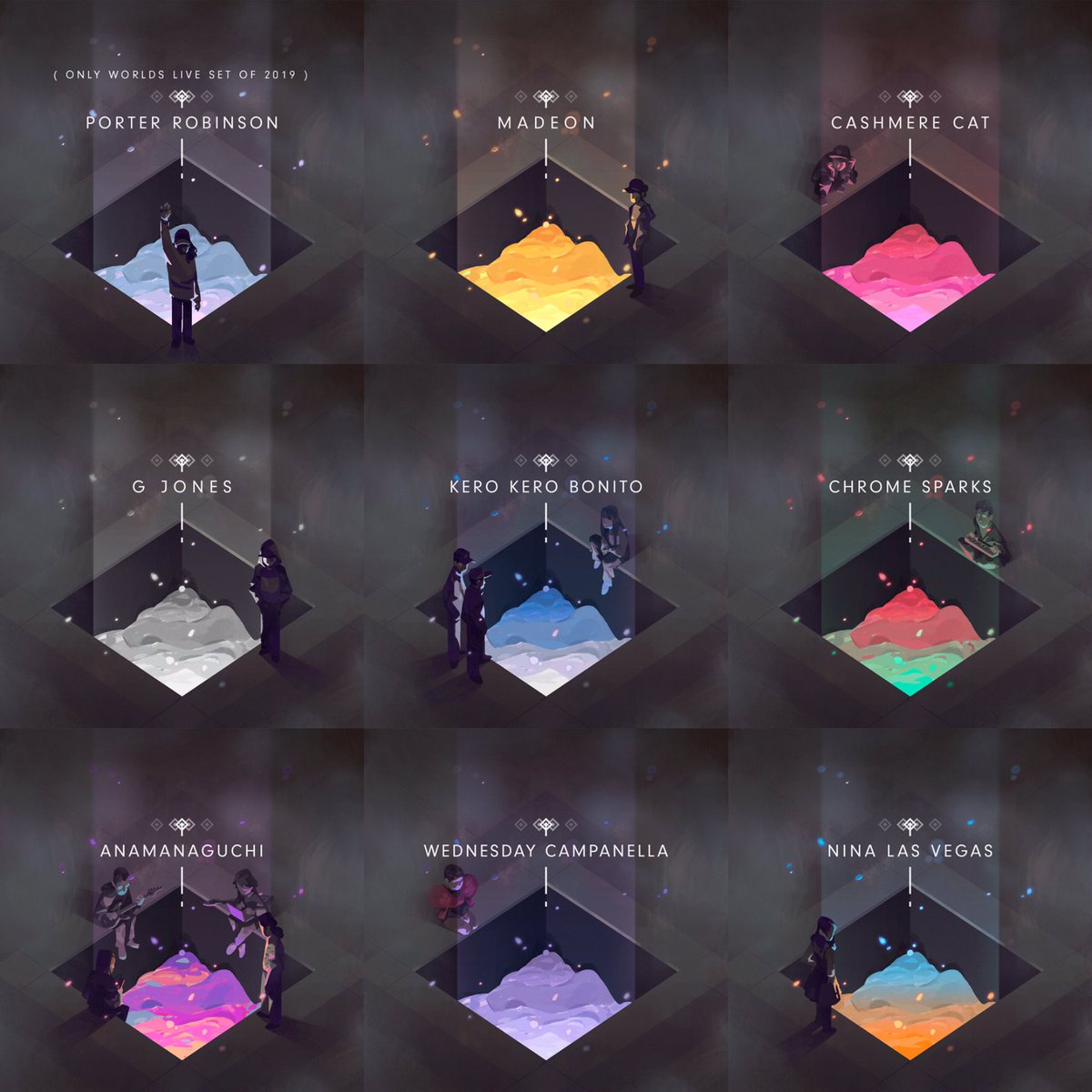 It was just a week ago that Porter Robinson announced his own festival the Second Sky Festival. A day full of music hand-selected by Porter himself. There have been lineup announcements all week, and we now have a great picture of the roster. Each announcement came with custom art, as well as a small explanation as to why they were chosen.

The first artist announced was Kero Kero Bonito. According to Porter, their record “Time and Place” was his favorite album from last year. Next was Anamaguchi, a band that Porter “Feels a musical kinship” with, which is a very Porter thing to say. And it makes sense when you listen to their distinct flavor of electronic music.

Then we were given G Jones. Porter had a lot to say about him. He stated that G Jones released the best dance record of last year. Then explained how they are very similar when it comes to how they think about electronic shows. He finished it off by saying “…he’s one of a few artists that makes me feel genuinely proud of what’s happening in electronic music right now.” Which is probably one of the highest praises you can get.

The fourth was Nina Las Vegas, who was an opener for one of the Virtual Self shows that Porter played during Grammy weekend. She is his current favorite DJ, and an extremely positive influence. Chrome Sparks was revealed next. Porter called his work “inventive and forward thinking” then gave a little nod to the ‘Goodbye to a World’ remix that Chrome Sparks did.

On that same day, we were also given Cashmere Cat. According to Porter, they are “one of the people who has quietly (or not so quietly) influenced the sound of pop more than just about anybody the most in the last 5 years.”

We were then told about WEDNESDAY CAMPANELLA. This female-fronted Japanese band is apparently legendary. Their frontwoman is “fearless and infectious.”

The “final” act that Porter announced was..himself. Second Sky Festival will be the only Worlds Live set that he plays in 2019.

We thought that those artists comprised the entire lineup, until today. In one last surprise announcement, it turns out that Madeon will also be playing. Described as “One of my best friends and a legend” it’s not surprising at all that our favorite French producer will be joining the ranks. He will be performing a DJ set, but it’s still exciting.

Presale for the festival begins tomorrow at 10 AM Pacific time. And the festival itself will be on June 15th in Oakland, CA. With a lineup like this, how can you possibly resist?

To hold us over until June, Porter has made a Spotify playlist with music from all of the artists (except for himself). Listen to it down below.