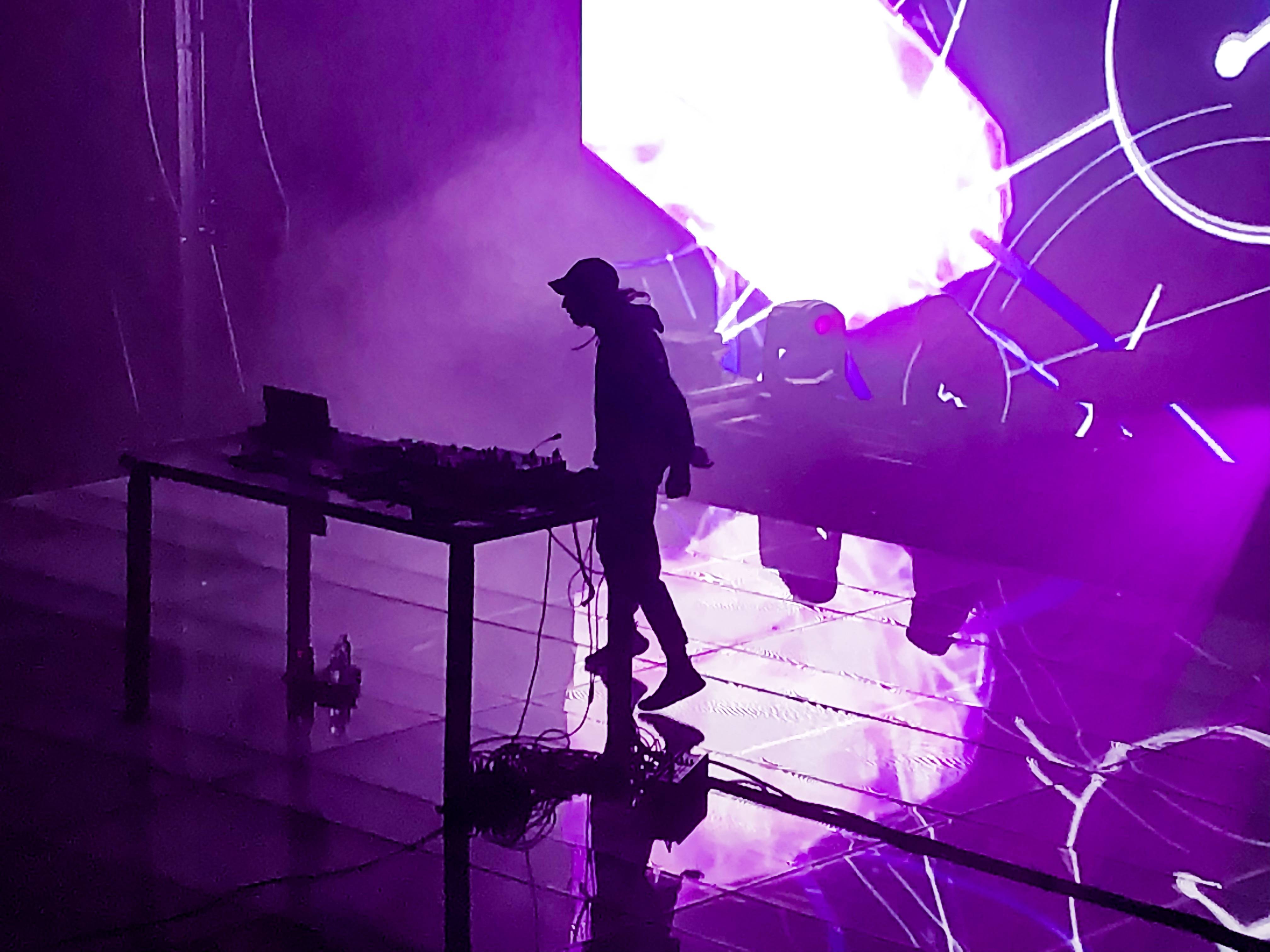 There is so much that can be said about Virtual Self. The side project of Porter Robinson, which is actually an entity in and of itself, is genius and revolutionary. It’s a love letter to 2000s-era media. The music, the anime, the forums, and just the entire vibe. The concept of the project is impressive enough, but to see it play out live and in person…it’s not an exaggeration to say that it’s absolutely life-changing.

A Virtual Self show finds our dear Robinson atop a huge glass platform. There are giant cannon-like lights below and all around him. These lights are the most important part. They make the show by helping to drive forth the narrative and the world that he’s creating.

See, Virtual Self is different than any other show out there. It’s not about Robinson. He probably wouldn’t even be there, if he could help it. In this world, he didn’t create the music, or the show he’s presenting. He is just the channeler. The host. He is simply passing on the music from two angels: Pathselector and Technic-Angel. Opposites in looks and tastes, Robinson becomes like a preacher delivering their sermon to us, the willing audience. 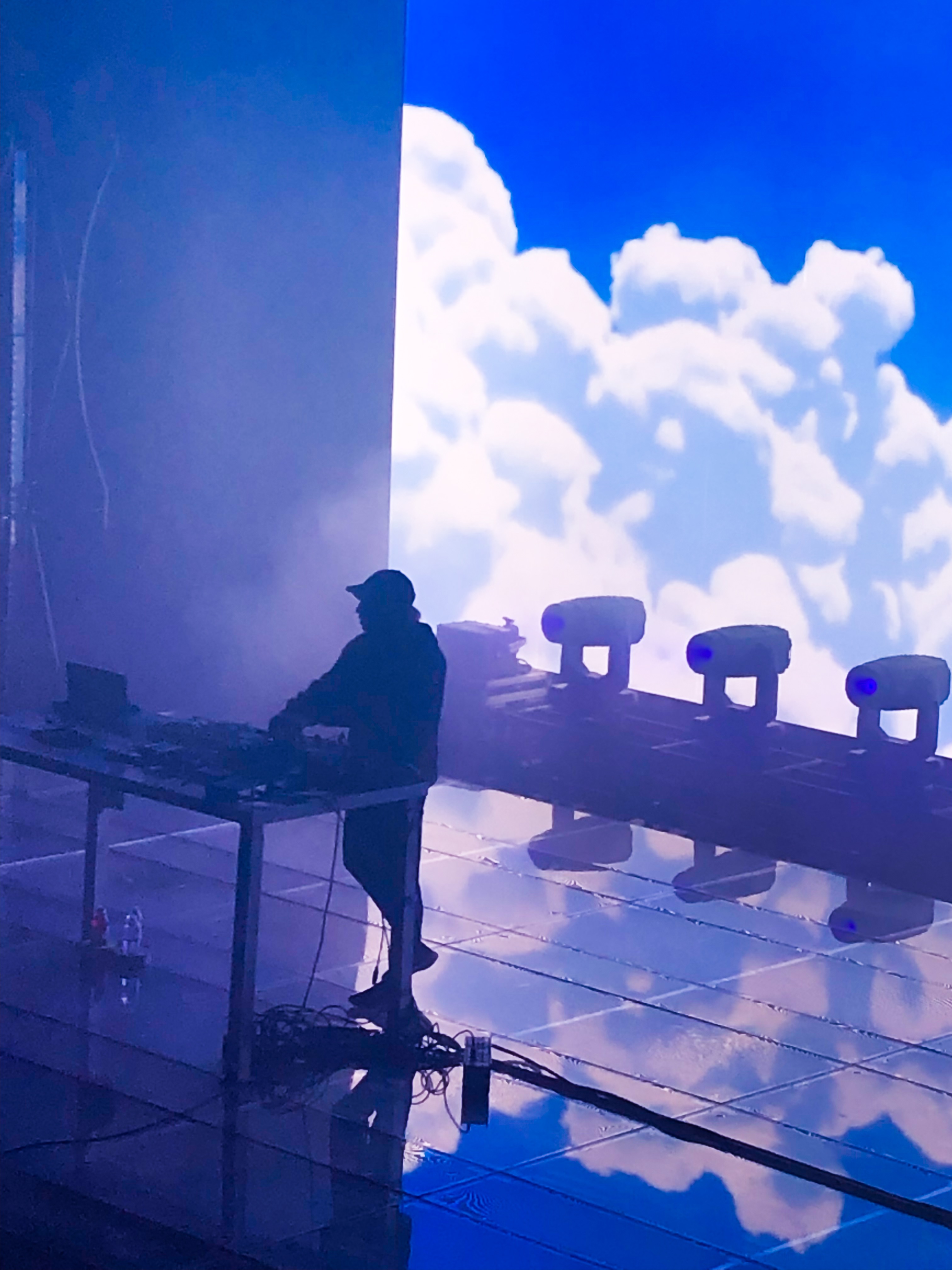 The show begins with the white-haired, masked angel, Pathselector. The creator of the songs ‘Ghost Voices’, ‘a.i.ngel (Become God)’ and a brand new song, ‘God Rays’. This last one was premiered at this show and was absolutely breathtaking. The thing that is immediately noticeable about Pathselector’s show is how audience-centric it is. At least in regards to the lights, and the atmosphere. It feels like she’s showing off her immense power.

In ‘Ghost Voices’, the lights leave the stage and shine down in the crowd. We’re bathed in Her glow. Her light. In ‘Become God’, she addresses us directly when she says I wanted to give them strength…It’s one of the only times she actually talks to us, which is in stark contrast to Technic Angel, who never seems to stop talking, but more on that later.

The new song ‘God Rays’, [Note: From where I was standing I misread it at first as God Rave, which is very fitting as well] shows this even more. The beams, those godly rays, shine right into the audience as this otherworldly music plays. GOD RAYS appears on the screen behind Robinson and our world is changed forever. Interestingly enough, there are moments in the song where the angels speak, and though it’s hard to make out what they’re saying, the voice sounds like Technic Angel’s and not Pathselector’s. Is she trying to hog the spotlight by speaking during Pathy’s song? That does seem like her. 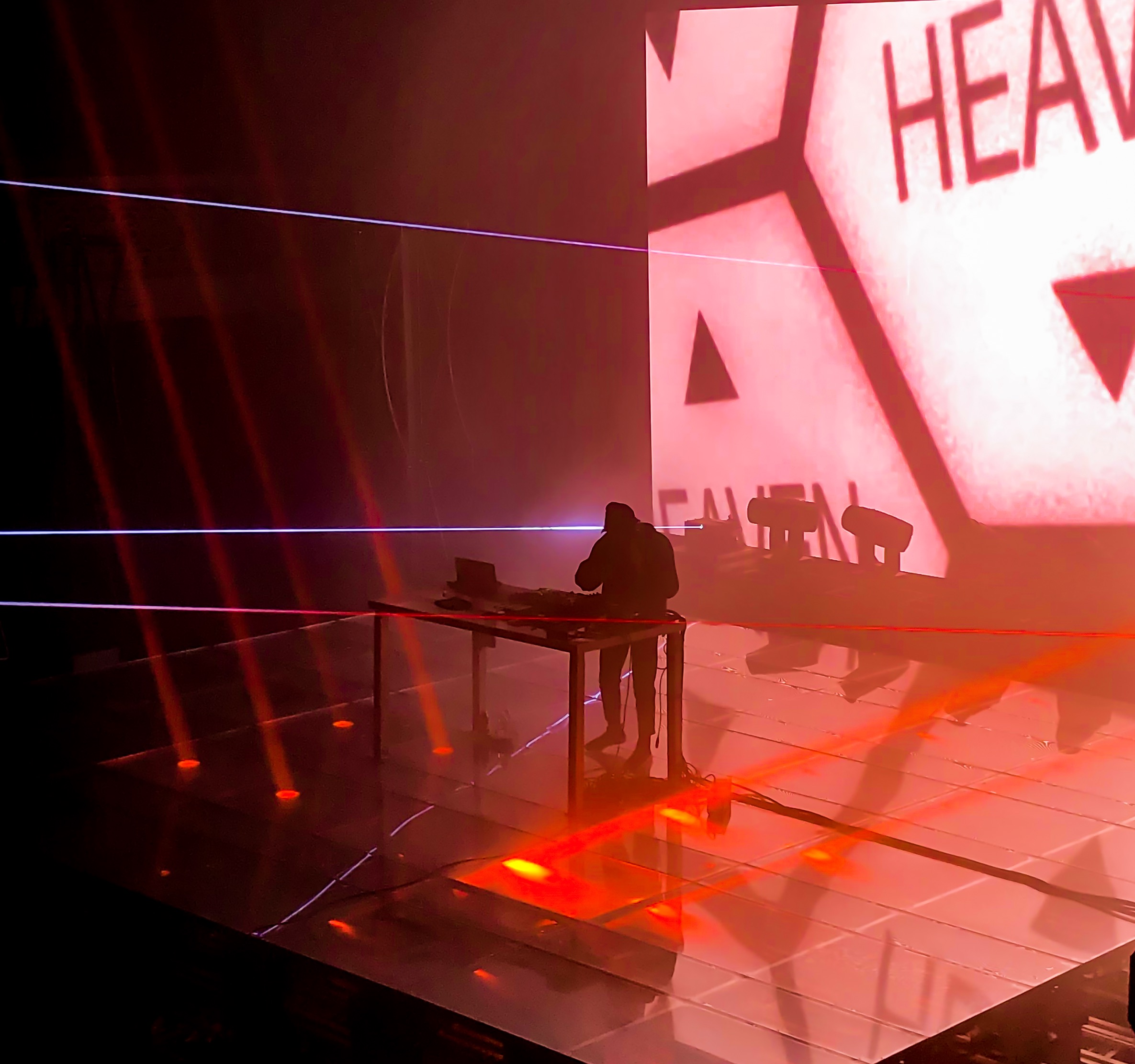 Another notable part of the first half is the ever-popular inclusion of ‘Simple and Clean’. The theme song from the first “Kingdom Hearts” game. A game that definitely defined the early 2000s and created a lifelong group of fans. The visuals that accompany it, however, are not from the first game at all. And instead, they are from the gut-wrenching and extremely dark prequel “Birth By Sleep”. They show the struggles and deep loss suffered by the character Aqua. It’s a very telling choice for Robinson.

Part Two begins with the Virtual Self Voice (A slightly creepy Text to Speech Voice) telling us that we have just finished listening to Part One of the Utopia Live System. Then on screen, we see the BPM get cranked all the way up, and we know we’re in for even more of a treat with the second half.

Technic-Angel’s set is frantic and sweaty. The lights, the screen, the songs everything is set to make your heart beat out of its chest. But the best part is how much she talks. This angel, in stark contrast to her counterpart, doesn’t ever seem to shut up. She interrupts the show to introduce herself. Do you know who I am? Her TTS voice is childish, inquisitive like she’s in on a joke that only she knows. She goes on to introduce her remix of ‘Ghost Voices’, that she calls ‘Angel Voices’. 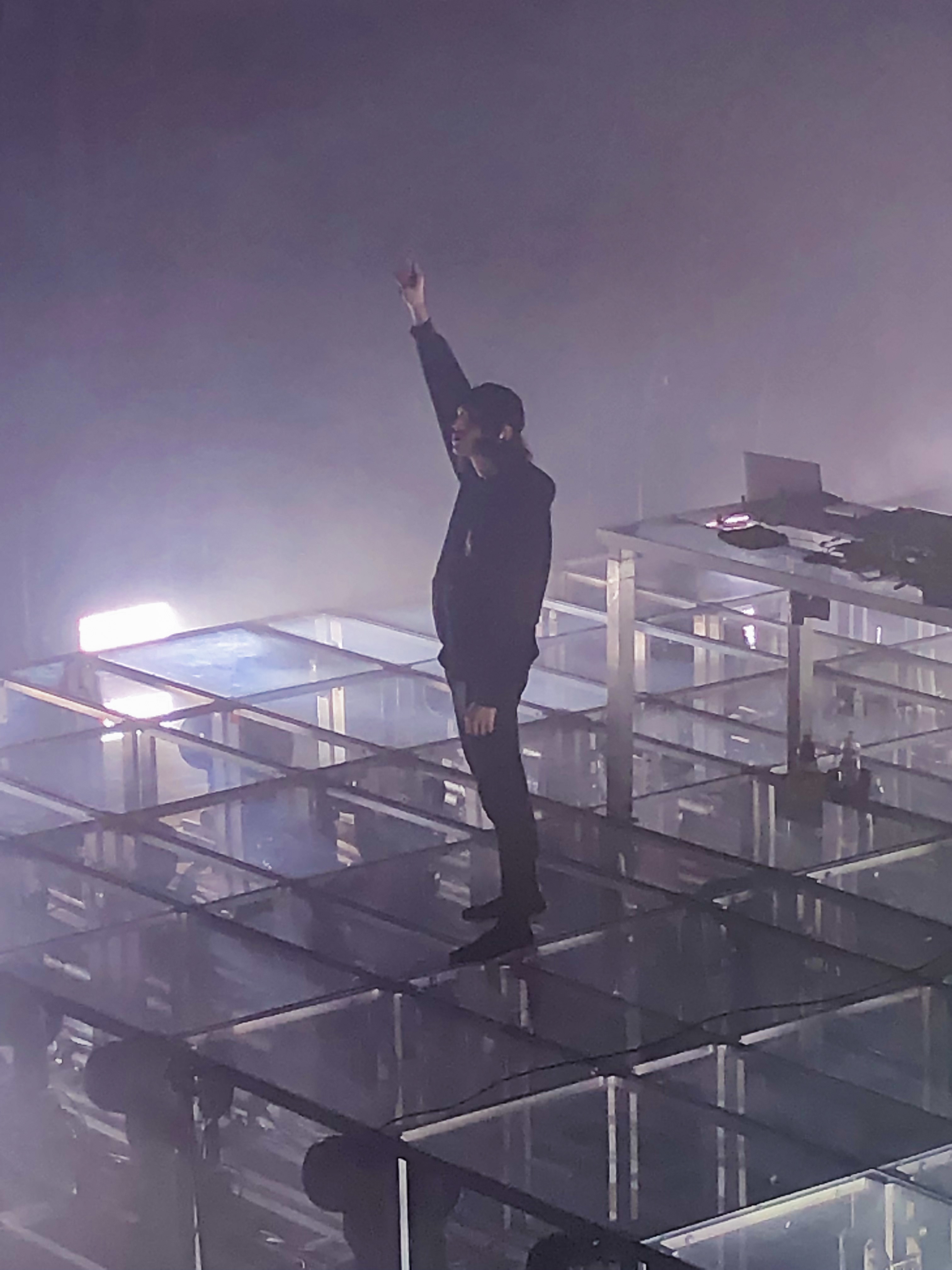 This moment heightens the seemingly playful, but competitive relationship these two characters have. Pathselector never found it necessary to introduce herself, or any of her songs. But Technica does only in the moment where she’s showing off how she made Pathy’s song “Better”. [Note: I like both Ghost Voices and Angel Voices for different reasons]

This is also the song where she has lights similar to the first half. For most of her show, they’re confined to the stage, interacting with Robinson, but not the audience. However, during ‘Angel Voices’, they mimic the Pathselector style and once again go out into the crowd.

Her other songs ‘Particle Arts’ and ‘Eon Break’ are always well-received by the crowd. They dance and sing along, even when there are no words to do so. ‘Key’ has yet to make a live appearance in a Virtual Self set, though no one really knows why. The rest of her set is filled to the brim with hardcore dance tracks, and anime remixes that are so much fun, you can’t help but smile.

Virtual Self is nothing short of a masterpiece. Writing, photos and even videos don’t do it justice. It’s the sort of show you have to experience to understand. Thank you for bringing this world to life, Porter, and we truly cannot wait for more.

0 comments on “Virtual Self @ The Shrine”